Olha Svitlichna on the desire to create a world without stereotypes, the evacuation from Mariupol and the fight against gender-based violence

Olha Svitlychna has been building her career in the security sector for five years now. Olha was born in Mariupol. At the age of 24, she became a Commissioner for Human Rights appointed by the Head of the National Police. Over time, she became Head of the Department of International Cooperation at the Donetsk State University of Internal Affairs.

A shell hit her Mariupol apartment on March 10. A few days later, Olha, her mother, and her dog got into a car and left for Kropyvnytskyi. The university where Olga works has also partially moved to the city.

Since childhood, she dreamed of changing the world. In 2014, when the security sector reform began, Olha wanted to work in this sector and only in her hometown. In 2017, Svitlychna learned from a Facebook post about the creation of the Human Rights Directorate, she did not hesitate to submit a CV and successfully passed a questionnaire and an interview for the position. Olha recalls that she was worried because of her young age (at that time she was only 24), and her lack of experience. But they accepted her.

“At first, it was difficult, my colleagues didn’t take my words seriously. First, I am a woman, and second, I am young. This changed along with the change in management. The new team supported me very much, in particular, when I created the Expert Council on Innovative Ideas in the police”. 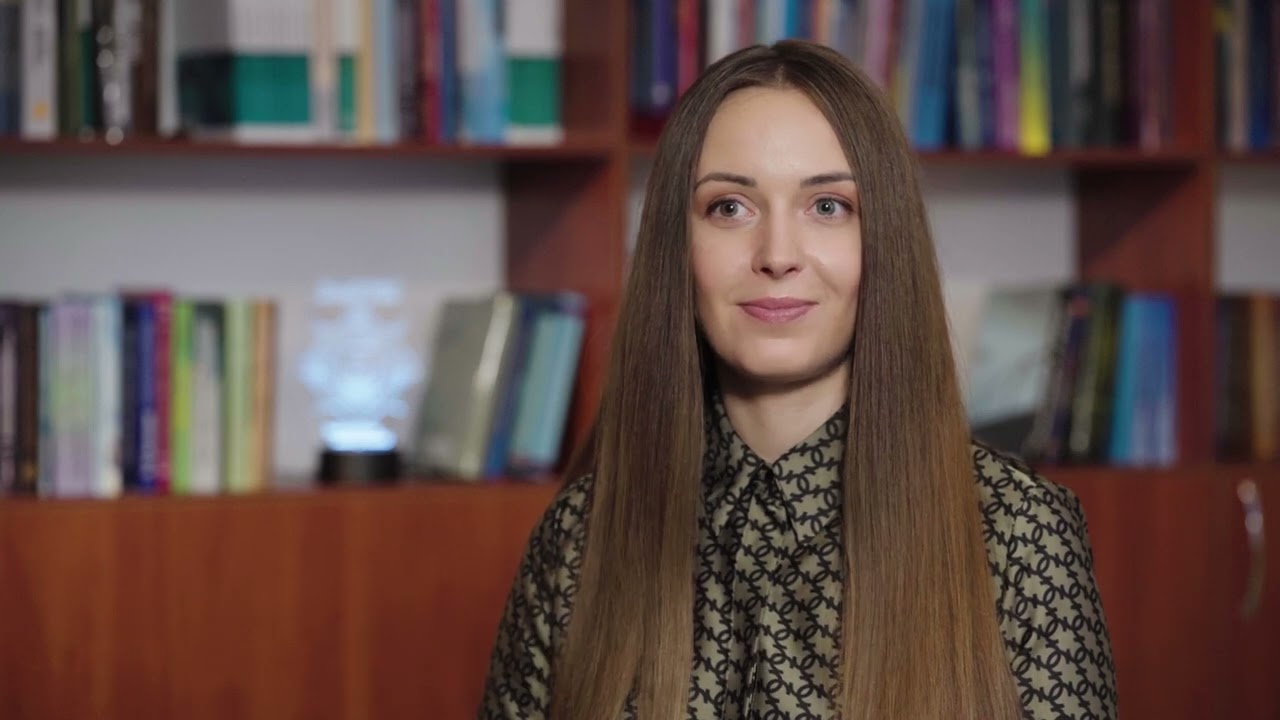 Now, a few years after those training, Olha sees the changes — it becomes easier for a woman to work in the security sector.

Olha Svitlychna found her meaning in working at the Donetsk State University of Internal Affairs which she calls a big family. After relocation to Kropyvnytskyi (the entire university could not be physically located in Kryvyi Rih, so they found a new base), both teachers and cadets had a hard time adapting. However, everything is gradually getting better.

“My personal challenge is to do everything possible to ensure that international partners know about the history and fate of our university, and see the heroism of our teachers, scientists, and children,” Olha also attracts European partners to cooperate so that future police officers can learn how to work according to international standards.

Back in Mariupol Olha developed a Strategy for Integrating Gender Perspectives into the activities of the Donetsk State University of Internal Affairs. She conducted a study “Women’s Opinion on Domestic Violence in the City of Mariupol” and created a Center for Gender Education and Innovation at the premises of the educational institution.

In addition, together with the University’s research team, Olha prepared scientific and practical recommendations for police officers who help document cases of domestic violence. She also coordinated the university's participation in the HeForShe University Tour project, which took place in September 2021 in five cities of Ukraine.

“We promoted the idea of zero tolerance for violence in the community,” says Svitlychna.

Olha says that the war created even more challenges. Ukrainian law enforcement officers do not have access to the temporarily occupied territories. It is still impossible to stop crimes there. At the same time, violence has not disappeared from relatively safe areas, quite the contrary. But you can’t rely on statistics. Often, women who are abused simply do not go to the police.

Everything has changed around her. But, just like 5 years ago, Olha Svitlychna strives to change the world for the better. And she believes that she will succeed.

“Like before, I want to make a personal contribution to live in a world free from gender stereotypes and violence. I am faithful to my dream, but the way to achieve it has changed. I used to work more in the community, inside Ukraine. After a full-scale invasion, I realized that we are not just fighting for ourselves — today Ukraine is fighting for the whole world. I devote myself to international activities, studying international experience that will help us rebuild the country.”

Read the full version of Olha Svitlychna's story on the Hromadske website. This article was created in collaboration with Hromadske under the UN Women Ukraine project “Decentralization Reforms and Community Security: Transformative Approaches to Gender Equality and Women’s Empowerment in Ukraine” funded by the Danish government.

Related News
19/10/2022
A police colonel about her career path, sexism at work and responding to a full-scale invasion
05/04/2022
Rapid gender analysis in Ukraine reveals different impacts and needs of women and men
30/03/2022
Statement from UN Women Executive Director Sima Bahous on Ukraine, 30 March
24/03/2022
Women and war: Millions of women flee from Ukraine with no clear destination
23/03/2022
A Roma family from Ukraine describes the terror that led them to flee
END_OF_DOCUMENT_TOKEN_TO_BE_REPLACED